Bergamot’s properties include antiseptic, anti-inflammatory, antispasmodic, diuretic, among others.

Wild Bergamot, commonly called horsemint or beebalm, generally grows to a height of 2-4 feet. It has a pink/lavender flower that blooms from June to August. It is a showy flower that attracts hummingbirds and butterflies. Crush a leaf between your fingers and you will smell the unmistakable fragrance of mint. 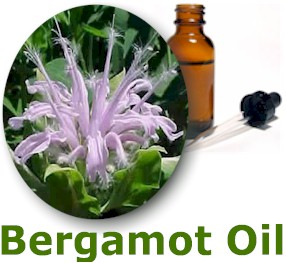 The Bergamot orange is an inedible cross between the Seville orange and the pear lemon – a bitter taste. However it’s rind is used to flavor Earl Grey tea. Additionally, candymakers in the town of Nancy, France are known to use the essence of Bergamot to international distinction.

Monarda(Bergamot) comes from the mint family and is a native of North America, Monarda is also known by:

In North America Monarda has a long history of medicinal use among the Ojibwe, Lakota, Chippewa, Crow, Winnebago, Blackfeet, Menominee and Navajo.